What is 8D Audio?

Hello my friends, you've heard the "Fantastic audio advanced technology" called 8D audios, is not it? But what would that be? Would they be better or more advanced than 3d audios?

By direct logic, we can suggest yes, right? After all, 3D = 3 dimensions, this way 8D would be 8 dimensions, but does it really exist or is it pure publicity strategy?

To understand better what is one and the other, we need to understand the environment in which we live. We live in a third-dimensional world. This means that any object in our environment can be referenced through 3 axes in space. They are the axes X = length, Y = height and Z = depth.

There are other theories that represent 4 dimensions, in which the 4 dimension would be the time. But how can we reveal the other 4 dimensions to say that an audio is 8D? (Without using philosophy)

But back to the subject sound, we were able to produce 3D sounds in relation to the listener. This is the main reason to use the headphones. In this way all the movement of the sound in the 3 axes in space will have as reference the own listener that will be anchored to the headphones.

So our brain can distinguish the correct positioning of the sound through the sound speed difference between an ear and another, and the kind of distortion that the sound suffered.

Knowing this, today engineers and scientists from around the world study this subject to be able to digitally process this distortion that was previously produced only through microphone techniques in binaural mode or Ambisonics and in this way, create tools so that more and more producers can use this technology and awaken increasing emotions in public. The correct name of the 3D audio heard through the headphones is binaural audio.

Concluding, then, 8D audio is named after pure advertising strategy and nothing more.

If you want to dig deeper into the subject, or to ask some other question, please send us and we will answer here!

Big hug and until next time!

What is 8D Audio? 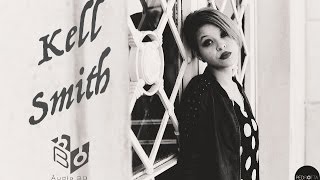